Diyar continues to defy the hopelessness and despair with programs designed to empower our community to creatively resist the Occupation, and communicating the human story and aspirations of our people for abundant living. Diyar continues to be a success story because of its vision, mission, its members, board, staf, friends and supporters. Their commitment makes all the diference. We thank the lord for that.

The year 2015 marked Diyar’s 20th anniversary. It was on September 28, 1995 that we inaugurated Dar Annadwa in the newly renovated crypt of Christmas Lutheran Church, as a place for worldwide encounter.

As we gathered to celebrate the anniversary, we looked back and recognized the growth that this ministry has experienced over the years.

Geographically speaking, Diyar started its work in Bethlehem city, then developed further to become a national player, and now is active on regional and international levels. The overall operational budget has also grown from the initial $88,095 in 1995 to $3.5 million in 2015. In less than 20 years, projects totaling more than $40 million were implemented ($25 million for construction and $15 million in programs).

In addition, within twenty years, 250,000 square meters of new infra-structure has been constructed so far and once the master plan is completed, Diyar will be the largest construction project carried out in Bethlehem since Herod the Great. In all of the construction projects, Diyar emphasized aesthetics, cultural heritage, and green buildings.

Thanks to utilizing solar energy, Diyar was able in 2015 to generate 40% of its energy consumption through solar. By 2020, we hope to reach zero-energy goal.

In all these years Diyar programs were highlighted in many media outlets including the BBC, CNN, ABC, CBS, HBO, ARD, ZDF, ORF, BR, al-Jazeera, Ma’an News Agency and Palestine TV.

Diyar was also featured in publications such as the Economist, Newsweek, The Washington Post, The New York Times and The Boston Globe.

The impact of this ministry on Palestine and beyond is stunning. We were the first organization to introduce the concept of authentic tourism and the first institution in the Middle East to receive the ToDo! Award for Socially Responsible Tourism at the largest tourism fair, which is the International Tourism Exchange in Berlin, Germany.

Today, there are several NGOs as well as tour operators who incorporate FOREWORD alternative itineraries into their schedules. When we started in 1995, there were only 60 Palestinian tour guides (out of a total of 4000 guides); all of them were over 60 years old and had received their license from the Jordanian government prior to 1967. Thanks to Dar al-Kalima University College of Arts and Culture, today there are over 500 trained and accredited Palestinian tour guides, who became Palestine’s ambassadors, sharing the Palestinian narrative with international visitors.

Also within this period, Diyar developed to be the cultural hub in Bethlehem and is regarded as “the most professional cultural entity in the southern part of the West Bank.”

In 2010, Diyar started its own publishing arm and was the first Palestinian publisher to have their publication available simultaneously on Amazon and Kindle. With the establishment of Dar al-Kalima University College of Arts and Culture, Diyar developed to be the number one address for formal, non-formal, and vocational education in new fields such as film, jewelry, design, theater, music and contemporary arts, enhancing the employability of young people and providing emerging industries with qualified personnel. It is therefore fitting that in 2015 we were selected by DVV International as the main hub in the West Bank for adult education and lifelong learning.

Within these 20 years, Diyar was able to start many community initiatives and programs: The Reintegration Program supporting Palestinian young people to return to Palestine;

The Health and Wellness Center;

The Christian Academic Forum for Citizenship in the Arab World;

The Network of Christian Seminaries and Islamic Colleges in the Arab World;

Ajyal Program for the Elderly;

Diyar Academy for Children and Youth;

However, all of this was not easy to accomplish. When we started back in 1995, there was a hope on the horizon that an end to the Occupation is in sight. During these last 20 years we went through seven wars, with lots of ups and downs, and today no one can see the light at the end of the tunnel. Diyar philosophy throughout the last 20 years continued to defy the hopelessness and despair with programs and initiatives designed to empower our people to creatively resist the Occupation, communicating hope while uplifting the human story and aspiration of our people for abundant living. Diyar continues to be a success story because of its vision, mission, members, board, staff, friends and supporters. Their commitment made and makes all the difference.

We thank the Lord for this success. 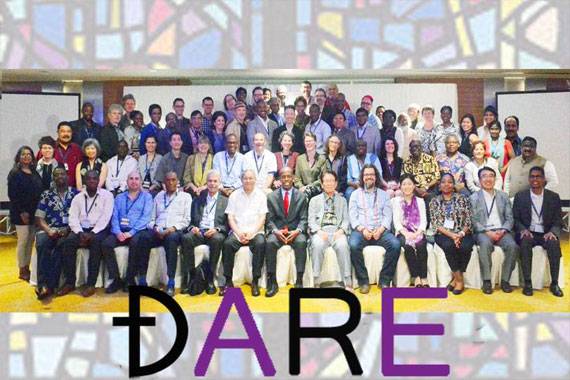 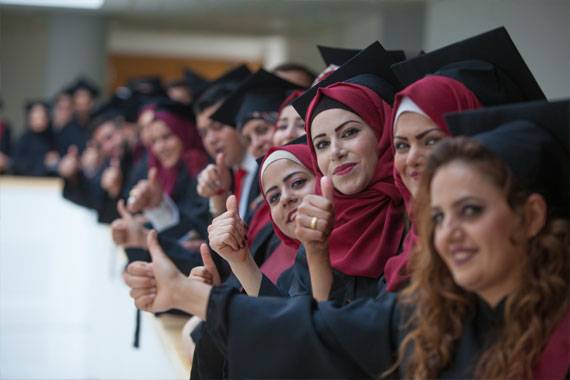 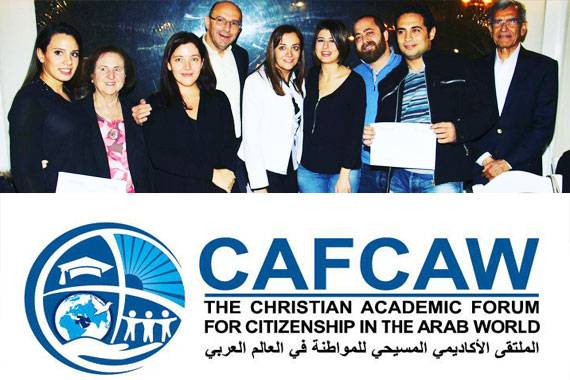 The Network of Chris...